These days Web technologies are developing rapidly. Every day, every month new technologies are coming in the market. New tools of development are popping up every now and then. Among all these “Front-end” are playing a huge role in today’s market. Every companies want their websites to be more interactive and more responsive.

So today we come-up with 5 most amazing front-end development tool for you people. So wasting no more time let’s get into it

This is free web-app. And it is one of the cool application for getting a Pixar-perfect grid. It helps the user to generate proper grid as per requirement.

The User here just have to enter the width of the website along with total number of columns and Grid. Guide will do the rest.

And not only that even the user can download a PNG of each grid and easily then import it to Photoshop or illustrator hence this reduce the manually calculation issue and make it easier for the developer.

This tool is one of our favorite. This tool is developed by Microsoft. It is free and it is an open source code editor which can be used on Mac, window and Linux.

It has all the capabilities and features which will be needed for front-end and back-end development. Hence VSC is an excellent choice if you are looking for a good code editor.

Another code editor worth mentioning is this “Sublime Text”. It is Proprietary cross-platform source code editor with python application programming interface. It is maintained under free-software licenses.

We believe that every programmer should at least try to use this tool.

Sublime text has a friendly interface, provide color coding software and it highlight error and make them correct.

Now so many feature at one tool is not a bad choice… isn’t it?

Since 2010, Angular (formerly known as Angular-JS) ruled the front-end development world and in 2018 as well it is pretty much in the game and why not? Angular is a platform that make it easy to build application with the web and moreover it is very easy to update, manipulate and generate the environment, amazing support and great documentation.

Till now angular appears to be one of the world’s most popular Front-end framework.

Number 5 on the list is “Typescript”. It is an open source programming language .It is developed and maintained by Microsoft. Mainly Type-script is designed for development of large application.

Some of the advantages of this tools are:

Though this is not on the list but “Grunt”is a tool need to be mentioned in this article.

[Grunt is a widely accepted task runner. It is huge and it’s growing every day. With 100’s of plugins to choose from. Undoubtedly Grunt is easy to use an awesome choice for the developers]

So those are some of the awesome Front-end development tools which we short-listed. There are many such tools though as we said web technologies is developing every freaking moment.

So that’s it from our side… hope you like it. And if you are planning to learn Website development do check out some amazing web development course Kolkata provides and keep learning 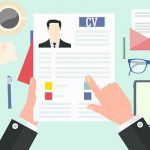 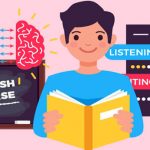 Importance of Spoken English in the Recent Times 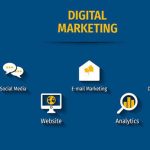 Is Digital Marketing The Future?